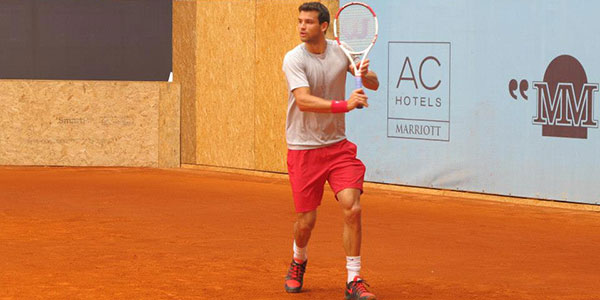 In the first round of Mutua Madrid Open in the Spanish capital Grigor Dimitrov will the young tennis hope Pablo Carreno Busta. The 22-years-old Spaniard entered the main draw with wild card from the organizers. Grigor Dimitrov beat Carreno Busta in the only match that they played so far - in the qualifications of Challenger tournament in Germany in 2010.

Grigor Dimitrov is seed 12 of the main draw and the first seeded player he can meet is in the third round - Tomas Berdych of the Czech Republic. Top Seed Rafael Nadal is potential opponent of Dimitrov in the quarterfinals.

Last year in Madrid Grigor Dimitrov scored one of his greatest wins, he defeated No 1 Djikovic to advance to the third round.

#0: Good luck Grigor in your match with Busta x