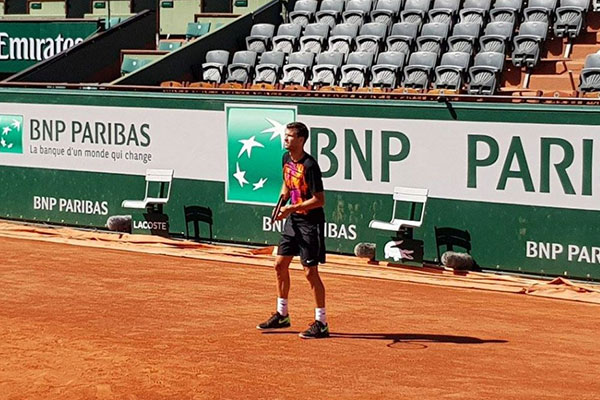 Grigor Dimitrov will appear on Phillipe Chatrier Court, the main court of Roland Garros, on Sunday in the first round of the second Grand Slam of the year. The opponent of Dimitrov is No 113 Frenchman Stephane Robert. The only 2 matches of Dimitrov and Robert were on Challenger tournaments in 2011 and Dimitrov won both of the clashes.

The 11th seeded Bulgarian would meet Tommy Robredo or Daniel Evans in the second round. In the third round Dimitrov may face 20th seeded Pablo Carreno Busta. The other seeded players in the same quarter of the main draw are Rafael Nadal, Milos Raonic, Jack Sock, Roberto Bautista Agut, Gilles Muller, Gilles Simon.

Grigor Dimitrov scored 3 consecutive first round losses at Roland Garros in the previous editions of the tournament.

The first round match Dimitrov-Robert is 3rd in the schedule, the first matches starting at 11am CET. Eurosport will broadcast the clashes from Roland Garros.