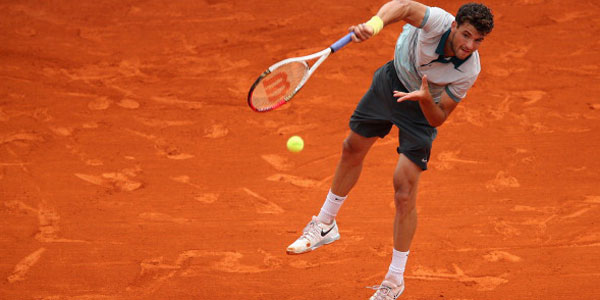 Grigor Dimitrov and Radek Stepanek (Czech Republic) lost in the first round of the doubles tournament in Barcelona to Ivan Dodig (Croatia) and Marcelo Melo (Brazil) 6-7(5) 2-6.

Dimitrov will start in the single draw on Wednesday directly in the second round. His opponent is 30-years-old Tommy Robredo of Spain who defeated Marc Lopez 2-6 6-2 6-2 earlier today. The match is first on Central Court and starts at 11:00 CET. Tommy Robredo's current rank is 43, he reached No 5 back in 2006. He has 11 ATP career titles, 10 of them on clay. Series of injuries did not allow Robredo to play during several seasons and one year ago he was out of Top 450. The Spaniard got back to good form and restored his ranking and climbed to No 45 after winning the title in Casablanca earlier this month. Tomorrow's match will be the first between Dimitrov and Robredo.