Grigor Dimitrov Reached the Final in Stockholm after Beating Tomic 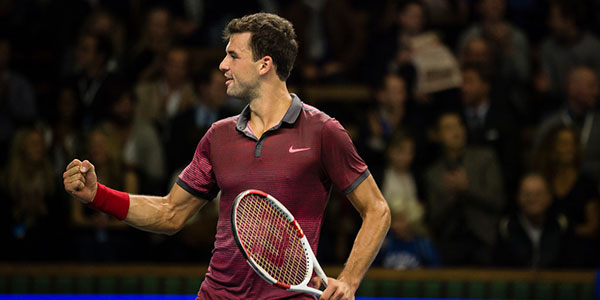 Grigor Dimitrov need only one win to defend his title from the last year's edition at If Stockholm Open. In the semifinal on Saturday Dimitrov defeated Bernard Tomic of Australia in straight sets 6-3 7-5. On Sunday the Bulgarian will play for the title against the winner of the match Berdych - Bachinger.

Dimitrov gained 49 770 EUR of the prize money and 150 ranking points but he has to defend 250 points from last year. If Andy Murray wins the tournament in Vienna, Dimitrov will fall to No 11 regardless of the result of his final. And if Dimitrov wins in Stockholm and Murray loses in Vienna, then the Bulgarian will keep his 10th ranking position. Dimitrov is still among the contenders for the remaining places at the ATP Tour Finals in London in November.