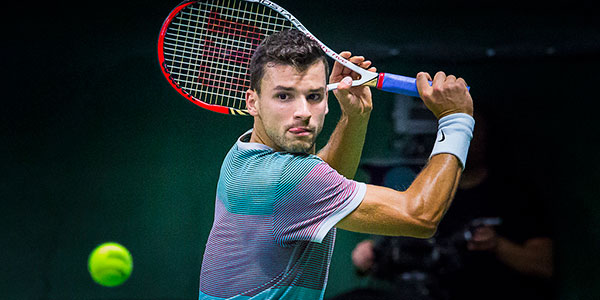 Grigor Dimitrov reached the semifinal at If Stockholm Open which is his 7th ATP semifinal. In the quarter finals the Bulgarian defeated the Frenchman Kenny de Schepper 6-4 6-2.

In the semifinal on Saturday Grigor Dimitrov will play No 25 Benoit Paire of France. In the opening round of US Open in 2012 Paire beat Dimitrov5-7 6-3 7-6(4) 6-2. Dimitrov lost to Paire also in 2008 at Futures tournament in the Netherlands.

In the other semifinal David Ferrer, Spain, plays Ernests Gulbis, Latvia. Dimitrov - Paire match is expected to start at about 4pm CET.