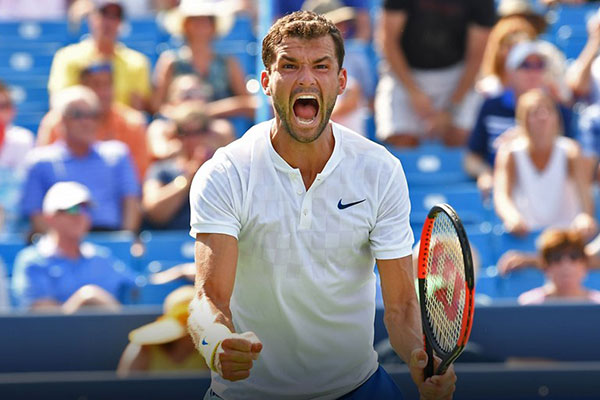 Without losing a set in Cincinnati, Grigor Dimitrov reached the biggest final of his career after two hours battle against John Isner 7-6(4) 7-6(10). Dimitrov saved three set-points before clinching the win on his third match point.

On Sunday clash for the title Dimitrov will face the Australian Nick Kyrgios who will also play his first Masters final.

#0: I am over the moon, couldn't sleep all night thinking about the final.
Yeeeeees...... Finally you are where you should be (playing finals)
Go go Dimitrov.
You are our Bulgarian pride.