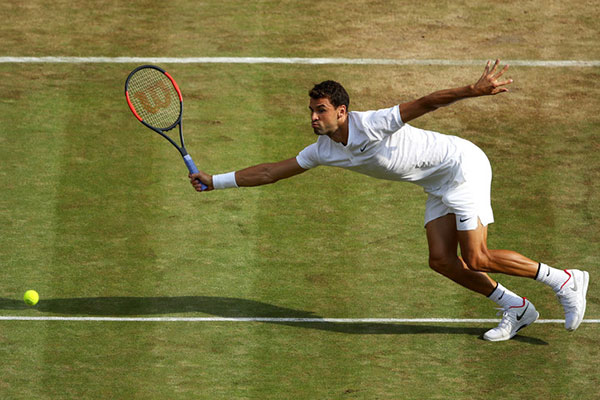 After more than two years Grigor Dimitrov is back in Top 10. In today's Emirates ATP Ranking Dimitrov is under No 10. The Bulgarian dropped of Top 10 in February 2015 with worst rank of 40 in July last year. Grigor Dimitrov's best ranking is No 8 during 4 weeks in August 2014.

The WImbledon champion Roger Federer moved to No 3 behind No 1 Andy Murray and No 2 Rafael Nadal. Novak Djokovic keeps his fourth position while Stan Wawrinka dropped from No 3 to No 5. The runner-up from Wimbledon Marin Cilic is at No 6. Dominic Thiem and Kei Nishikori move up to No 7 and No 8 respectively ahead of Milos Raonic who loses two position to No 9. Jo-Wilfried Tsonga is out of Top 10 after No 11 Alexander Zverev who has the same ranking points 3160 as Grigor Dimitrov.

The next tournaments of Grigor are the two Masters in North America - Montreal and Cincinnati and then the last Grand Slam tournament of the yeat - the US Open.