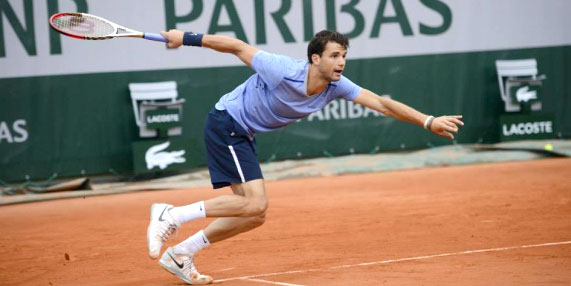 Grigor Dimitrov is among the seeded players of a Grand Slam tournament for the first time in his career. The draw appointed Alejandro Falla of Colombia as the opponent of Dimitrov in the first round of Roland Garros that starts on Sunday in Paris. 29-years-old Falla is currently No 70 with best ever rank of 48 reached in 2012.

Grigor Dimitrov made his debut at Roland Garros in 2011 with loss in the first round to Jeremy Chardy. Last year he reached the second round where Richard Gasquet won the match.

Possible opponents of Grigor in the second round are Alex Kuznetsov (USA, No 172) or the wild card entry the 19-years-old Frenchman Lucas Pouille (No 310). In the third round the spectators may expect a match between Grigor DImitrov and No 1 Novak Djokovic.

The first round matches will be played on Sunday, Monday and Tuesday.

#0: Great to know Grigor is seeded this year. I am sure he can reach the third round. It will be tough against Djokovic, but Grigor can do it. Of course, I will be rooting for Dimitrov ! Allez ! Best of luck in France !