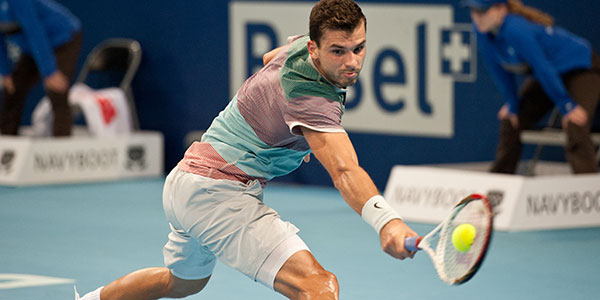 This week Grigor Dimitrov will participate at ATP 500 tournament in the Swiss city of Basel. In the first round he will play the 17-years-old talent Alexander Zverev of Germany. The young talent enters the tournament with wild card from the organizers. The biggest success of No 135 Zverev was reaching the semifinals of the ATP 500 tournament in Hamburg in July where he lost to David Ferrer. Potential second-round opponents of Grigor are Jarkko Nieminen of Finland, No 57, and Vasek Pospisil of Canda, No 44.

In the two previous participations at Swiss Indoor Dimitrov reached the quarterfinals - last year he lost to Roger Federer and in 2012 to Paul-Henri Mathieu.