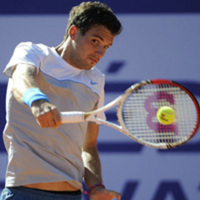 On Saturday Grigor Dimitrov will play in the first round of the qualification tournament of Rogers Cup, ATP Masters in Toronto, Canada. He is Seed 1 of the draw and will play the representative of Switzerland Marco Chiudinelli, No 149. The best ranking of the 30-years-old Swiss player is No 52 in 2010. The match is 3rd in a row on Court 1 ans is expected to start at around 6pm CET.

Grigor will need 2 wins to enter the main draw as the potential second round opponent will be decided between Jurgen Zopp, Estonia, No 82, and Milan Pokrajac, Canada, No 625.