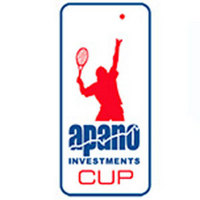 On Tuesday, 27 July 2010, Grigor Dimitrov starts in the first round of the 15K USD ITF Futures Apano Cup in Dortmund, Germany. The opponent of the Bulgarian will be the 30-years-old representative of Peru Ivan Miranda, current ATP rank 346 as highest rank of the Latin American was 104 back in 2003. The match is at 5:30 pm CET on court 14.

The tournament has livescore:
http://www.tennisscores.de/livescore/dtbhgms/livescorer.html#app=5922&568-selectedIndex=3