Grigor Dimitrov Stays at No 10 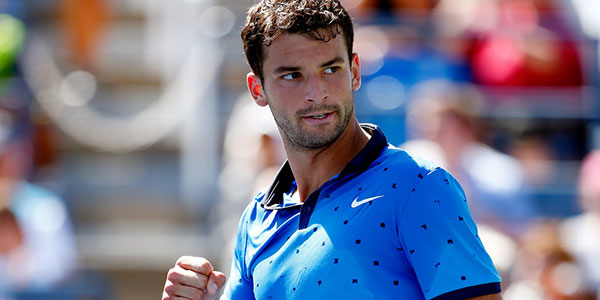 In the ATP ranking published today Grigor Dimitrov keeps his 10th position. There are no changes in the positions of the Top 10 players. Novak Djokovic is No 1 ahead of Rafael Nadal and Roger Federer.

Even if Grigor Dimitrov does not participate at any tournaments this week his 10th position is not endangered. No 11 Andy Murray could only get closer to the points of Dimitrov if he wins the title at Shenzhen Open in China.

Next week Grigor Dimitrov will play at China Open in Beijing and then will stay in China for the Shanghai Masters.

During the week of 13 October 2014 Dimitrov will have to defend his title at If Stockholm Open in Sweden.


The season for Grigor Dimitrov will end with Swiss Indoor in Basel and Paris Masters. If Dimitrov gains enough points in all these tournaments he would play at Barcleys ATP World Tour Finals in London in November.