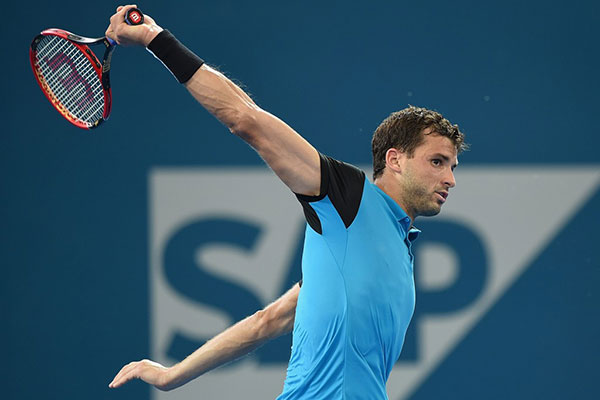 The defending champion and top seed Roger Federer of Switzerland prevailed againt Grigor Dimitrov 6-4 6-7(4) 6-4 in the quarterfinals in Brisbane. For the first time in his career Dimitrov took a set off Federer, played a perfect tie-break and brought the match to third set. Federer straightened himself out, broke the service of Dimitrov and made it too late for the Bulgarian player to fight back.

“It was tough. Grigor’s a great shot-maker, the future’s ahead of him in the game,” Federer said.

Grigor continues in Brisbane in the doubles tournament. With partner Kei Nishikori they will play in the semifinals on Saturday against wild card holders James Duckworth and Chris Guccione of Australia.