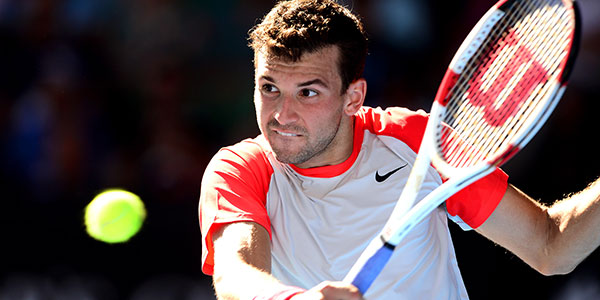 Grigor Dimitrov started the quarterfinal match at Australian Open against world No 1 Rafael Nadal with early break and eventually took the first set. Despite the tough play by Grigor the Spaniard reached the victory 3-6 7-6(3) 7-6(7) 6-2. Grigor made two forehand errors at 6-6 and 7-8 in the tie-break of the third set which were very decisive for breaking the balance of the powers and Nadal taking the lead. Grigor Dimitrov showed cleaner tennis play with booming services and crushing forehands.

When asked about the missed opportunities Dimitrov was very close to tears."What can I say? It hurts," said Dimitrov. "You know, I'm happy that I took the decision. Once you take [a] decision, never look back. Same thing in life: you make mistakes, you make mistakes. It's in the past."

Grigor Dimitrov deserves all the applauses for his brilliant participation at this year's edition of Australian Open. The young Bulgarian leaves with almost quarter million US dollars and 360 points which will position him at No 19, new best ever ranking.

Dimitrov will not be part of the Bulgarian national team at Davis Cup match against Finland next week. The next tournaments where Grigor Dimitrov is in the player lists are in Zagreb, Croatia from 3 February, Rotterdam, the Netherlands - 10 February, Acapulco, Mexico - 24 February and the masters in Indian Wells and Miami, USA, in March.