Grigor Dimitrov Will Start against Robin Haase in Brisbane 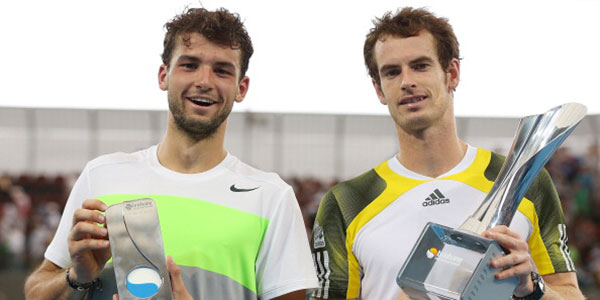 In the first tournament for 2013 in Brisbane, Australia, Grigor Dimitrov will start against the Dutchman Robin Haase, No 43. In the second round the potential opponents of Dimitrov would be Denis Istomin of Uzbekistan or Marin Cilic of Croatia. In the quarter-finals the Bulgarian would play seed No 4 Kei Nishikori, Japan, No 17. The other seeded players in Grigor's half of the draw are Gilles Simon, France, and Feliciano Lopez, Spain. In the upper of the draw are Roger Federer, Switzerland, Kevin Anderson, South Africa, Dmitry Tursunov, Russia and Jeremy Chardy, France.

The first round matches will start on Monday, 30 December.

Last year in Brisbane Grigor Dimitrov reached his first ever ATP Tour final where he lost to Andy Murray.

Grigor Dimitrov will play in the doubles tournament with partner Jeremy Chardy, France. The first round opponents of Dimitrov - Chardy will be the Brits Colin Fleming and Ross Hutchins.