Grigor is Rank No 87 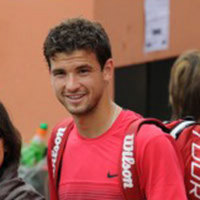 Grigor Dimitrov moved to No 87 in this week's ATP ranking. This is 8 positions ahead of his previous ranking after adding the points won from the ATP tournament in Nice.

Grigor Dimitrov will start on Tuesday in the first round of Roland Garros against Donald Young.

Jeremy Chardy, No 55, France, who together with Grigor Dimitrov trains at Muratoglu Tennis Academy in Paris is the doubles partner of the Bulgarian tennis player. In the first round they will play James Cerretani (USA) / Victor Hanescu (Romania).