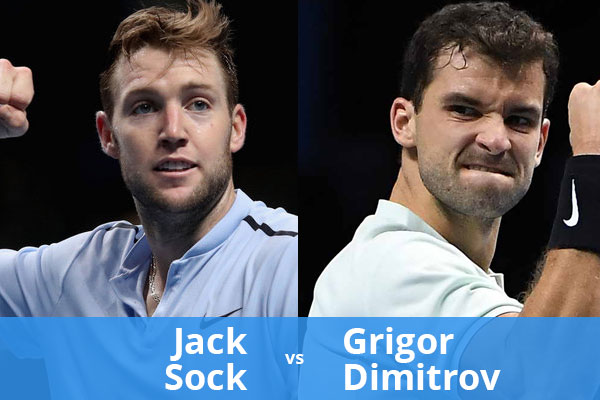 The match of Dimitrov and Sock is scheduled for Saturday at 8pm local time/10 pm Sofia time. In 4 matches played so far Dimitrov won only once - in 2014 in Stockholm. Sock won the 3 latest matches - at Roland Garros and Rogers Cup in 2015, and at Indian Wells Masters earlier this year.

On Friday at 8pm London time/10 pm Sofia time Grigor faces Pablo Carreno Busta of Spain in the last match in group Pete Sampras. For both players the win will mean only extra ranking points and will not change the positions in the group.