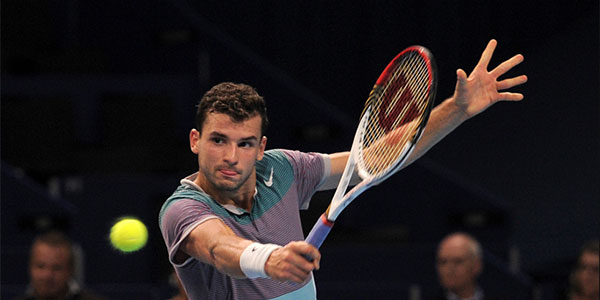 Grigor Dimitrov's dream to play Roger Federer came true."I've always wanted to play [Federer]," said Dimitrov. "He's the greatest. He's given opportunity to so many players. He has brought so much to the game. Everyone wants to be part of that. I'm excited and looking forward to it." The match is on Friday at 8pm CET.

Today in the second round of Swiss Indoor Open in Basel Grigor Dimitrov defeated Alexandr Dolgopolov of Ukraine 6-3 6-2. The Bulgarian hit 12 aces and lost just 9 of his service points and won the match in 1 hour and 2 minutes.