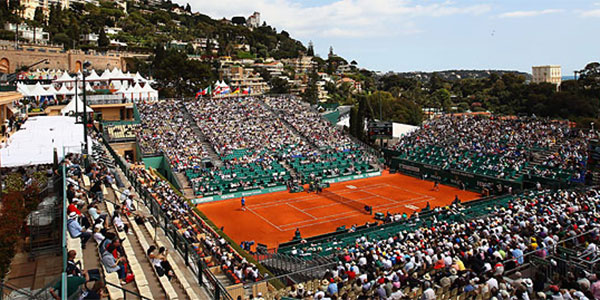 Grigor Dimitrov will play Marcel Granollers of Spain in the first round of the ATP Masters in Monte Carlo which starts on Sunday. No 36 ranked Granollers won the 2 previous matches against Dimitrov - at Challenger tournament in Segovia in 2009 and at the Montreal Masters last year. Grigor Dimitrov has to defend 180 ranking points from the last year`s edition of Monte Carlo Rolex Masters which means he must reach the quarter finals at least. And this would mean replay of the epic match Grigor Dimitrov - Rafael Nadal. To reach the quarter-finals Dimitrov will have the tough series of matches - Granollers in the first round, then Nieminen or qualifier and No 6 David Ferrer if he reaches the third round.

Top seed is Rafael Nadal will start from the second round and will play Gilles Simon or qualifier. The other top seeded players of the upper part of the draw are Stanislas Wawrinka, David Ferrer and Milos Raonic. In the lower part of the draw are Novak Djokovic, Roger Federer, Tomas Berdych and Jo-Wilfried Tsonga.