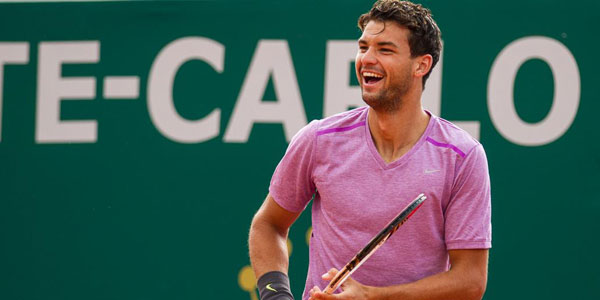 After the successful week in Monte Carlo and reaching his first quarterfinal at ATP Masters tournament Grigor Dimitrov added 180 ranking points to his balance and reached a new best ranking of No 28 which is 6 positions ahead from previous week. His new place in the ranking will almost for sure guarantee him to be among the seeded players at Roland Garros next month.

On Wednesday Grigor Dimitrov will play his second round match at Barcelona Open Banc Sabadell, a tournament of ATP 500 level. As 14th seeded player of the main draw Dimitrov received a bye and will start in the second round against the winner of Tommy Robredo (No 43, ex No 5) - Marc Lopez (No 3 in doubles).

Dimitrov will play also in the doubles tournament with partner Radek Stepanek (Czech Republic, No 15 in doubles ranking). In the first round Dimitrov - Stepanek will play Ivan Dodig (Coratia) - Marcelo Melo (Brazil).