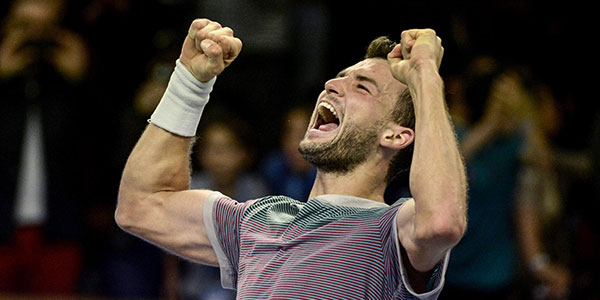 With the points gained for his first ATP World Grigor Dimitrov ascended to No 22, his new best ever position. Grigor is among the Movers of the Week on the Ranking section of the official web site of ATP World Tour for advancing from 28 to 22. Featured movers are Roger Federer, Switzerland, who goes from 7th to 6th and Stanislas Wawrinka, Swizterland, who reached No 8. There are no changes in Top 5 - Rafael Nadal leads ahead of Novak Djokovic, David Ferrer, Andy Murray and Juan Martin del Potro.