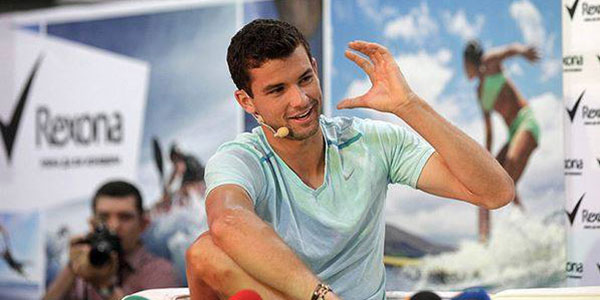 Grigor Dimitrov advanced to No 14 in the ATP ranking which was announced today. It is his new best ever ranking position. Grigor Dimitrov did not add any points to his balance last week but Tommy Robredo lost points and moved down with 4 position and allowed Dimitrov, Youzhny, Haas and Nishikori improved their rankings.

There are no changes in Top 8 - Rafael Nadal leads ahead of Djokovic, Wawrinka, Federer, Berdych, Ferrer, Del Potro and Murray. John Isner moved from No 9 to 11. Gasquet and Raonic moved to No 9 and No 10 respectively.

#0: So pleased for you Grigor you will be no. 1 one day.Well done for your win against Copil.