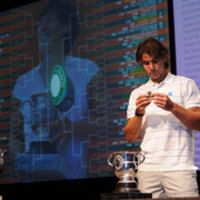 Grigor Dimitrov will start vs No 50 Donald Young of USA in the first round of Roland Garros, the second Grand Slam tournament of the year in Paris, France. The first round matches are scheduled for Sunday and Monday. This will be 4th match between Dimitrov and Young. The American leads with 2 wins to 1. Grigor beat Young in Winston Salem in 2011 and the wins of Young are at Honolulu Challenger in 2010 and at ATP tournament in Memphis earlier this year.

Dimitrov lost in the first round at Roland Garros so he has no points to defend. But he needs to reach the 3rd round at least in order to get enough points and ranking for entering the Olympics tournament.

Possible second round opponent of Grigor would be Richard Gasquet of France, Seed 17, No 20.