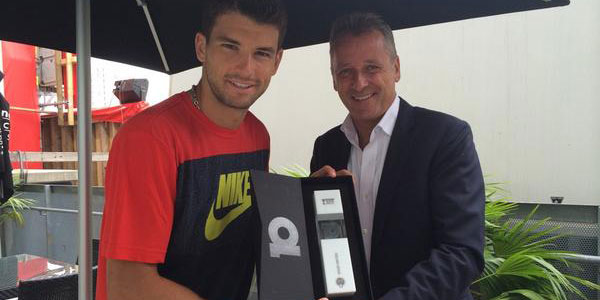 Grigor Dimitrov moved to No 8 in the Emirates ATP Ranking announced today. Even after missing to participate at Citi Open in Washington last week the current points of Grigor allowed him to improve his best ever ranking. Juan Martin del Potro lost points and dropped from No 8 to No 10 and this way Dimitrov and Murray moved to No 8 and No 9 respectively.

There are no changes in Top 5. Novak Djkovic leads the ranking ahead of Rafael Nadal. At No 3 and No 4 are the two Swiss tennis players Roger Federer and Stan Wawrinka. Tomas Berdych is No 5. Milos Raonic moves back to his best ranking of No 6.David Ferrer is No 7.

#1: Congratulations Grigor you deserve this and well done for your win today