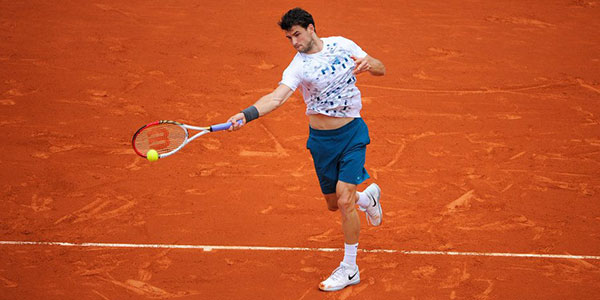 "First of all, I'm going to congratulate Novak for the great play today. Obviously he came like a champion and finished like a champion," Dimitrov said.

For his first 3rd round match at Grand Slam tournament Grigor Dimitrov gained ranking points which allow him to stay at No 28 currently but until the end of next week he might lose positions.

On Sunday Grigor Dimitrov and Frederik Nielsen will finish the interrupted first round doubles match against Chardy/Kubot. The score was 6-2 6-7(5).

The next singles match for Grigor will be on the grass courts of Queen's London. Then he will take part at the exhibition The Boodles Challenge before the next Grand Slam tournament - The Championships in Wimbledon.

#0: Grigor is going to play on grass. I hope he does well. I think it's time now to win a 250 ATP tournament. Go Grigor ! And train accordingly.