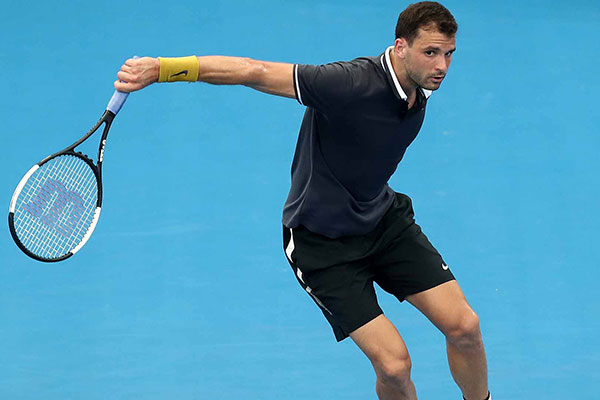 Grigor Dimitrov won his first match of the new season against the Japanese Yoshihito Noshioka 6-3 6-4. Dimitrov won the title at Brisbane International in 2017.

“I felt I was actually hitting the ball quite all right for our first match of the year... There [were] a few things that I would like to maybe improve in the next match, but overall I think it's off to a positive start,” Dimitrov said.

In the second round Dimitrov will play the winner of the match of John Millman of Australia and Tennys Sandgren of the USA.

Grigor will take part also in the doubles tournament in partnership with the American Ryan Harrison. In the first round they will play Rajeev Ram of USA and Joe Salisbury of Great Britain.