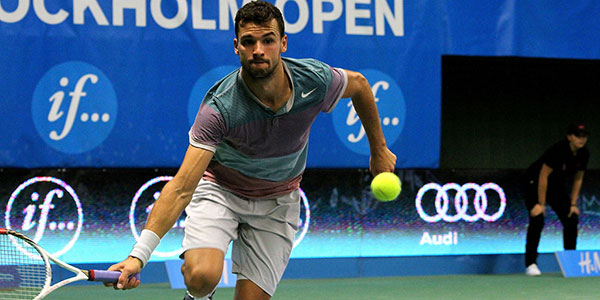 Grigor Dimitrov is one step away from the winning the title at If Stockholm Open after winning against a Frenchman for the second evening in a row. This time he defeated Benoit Paire, 4-6, 6-2, 6-2 in the semi-final match on Saturday. Paire started with great play in the first set. He lost only six points in his service games throughout the first set. In the second set the Frenchman lost some of his solid play while Grigor Dimitrov improved his game and comfortable won the remaining two set s and the match.

In the second ATP World Tour final in his career will face world No 3 David Ferrer of Spain. The Spaniard defeated Ernests Gulbis, Latvia, in the other semifinal. All the 3 previous matches Ferrer - Dimitrov were won by the Spaniard - in Bostad, Sweden, and Indian Wells, California, USA, in 2012 and in Cincinnati, Ohio, USA, in 2011.

Reaching the final brought Grigor 150 points which will move him to his best ever rank of 26.

The final match is on Sunday at 3pm CET.