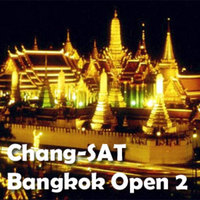 Next week Grigor Dimitrov starts in the second ATP Challenger in the capital city of Thailand and he will not be among the seeded players. In the first round Dimitrov will play ATP rank 133 Ivan Dodig of Croatia, Seed 7 of the main draw. The 25-years-old Dodig reached 7 Challenger finals and won one of them. Ivan Dodig started in the qualifications of all the 4 Grand Slam tournaments this year and succeeded to reach main draw second rounds of all 4 of them. The second tournament of the Challenger series is stronger from this week's with 3 players from Top 100: Ricardo Mello of Brazil, 75, Olivier Rochus of Belgium, 79, Michal Russell of USA, 84.

#2: I am sorry... but get someone on your crew to post links where we can see you online.

#1: Way to go. Remember the first big match against Nadal? What was like a century ago... You have it. You know this better than me do not look at the names in the draw. Just get the next win under the belt. You have a great game. Good luck.
JI

#0: Hi Grigor , don't worry for Dodig but you must win this Challenger too.