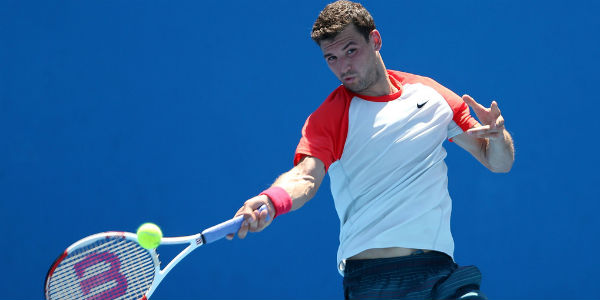 Grigor Dimitrov lost the first set of the opening round of the first Grand Slam tournament of 2014 but won the match against Bradley Klahn. With temperatures reaching 43oC during the match the Bulgarian won the match 6-7(7) 6-4 6-4 6-3. Grigor won all his service games without even allowing Klahn to reach deuce.

In the second round on Thursday Dimitrov will play world No 53 Yen-Hsun Lu from Taiwan. Lu is in very good shape, last week in Oakland he reached his first ATP final and lost to Isner.

From the four previous participations at Australian Open Grigor Dimitrov reached twice the second round. In 2012 he lost to then No 10 Nicolas Almagro of Spain in 5 sets and in 2011 it was Stanislas Wawrinka (then No 19) who beat Dimitrov.