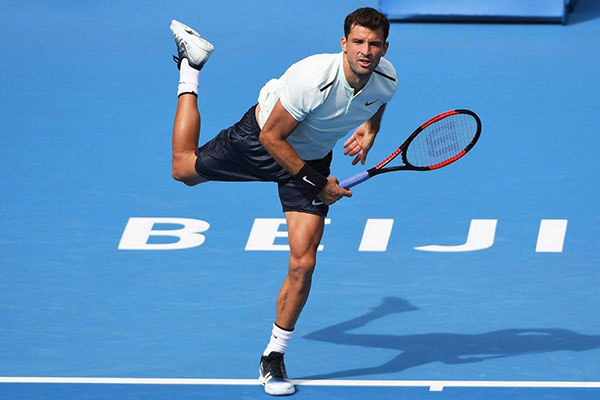 Grigor Dimitrov defeated in 3 sets Damir Dzumhur of Bosnia Herzegovina 6-1 3-6 6-3 in the opening round of China Open in Beijing. This was the second win for Dimitrov in the two matches against Dzumhur.

Last year in Beijing Grigor Dimitrov lost in the final to Andy Murray after beating on the way Rafael Nadal and Milos Raonic.