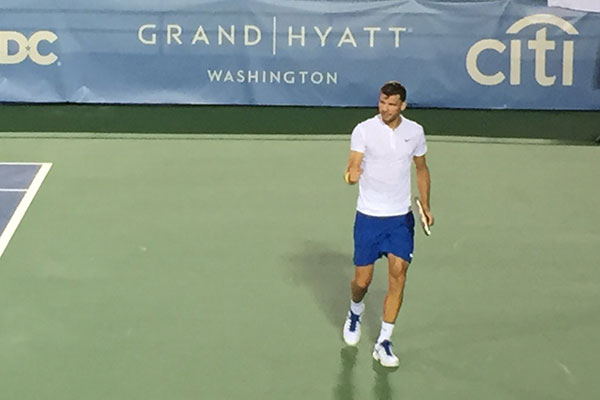 Grigor Dimitrov had to play a tough three sets match to advance to the third round of the ATP 500 Citi Open in Washington, D. C.. The 4th seeded Bulgarian beat Kyle Edmund of Great Britain 7-5 4-6 6-3.

In the third round on Thursday Grigor Dimitrov will play the 21-years-old Russian Daniil Medvedev. In the only match so far Dimitrov beat Medvedev in June this year in the quarterfinals of the grass tournament in London.