Successful Start of 2016 for Grigor Dimitrov 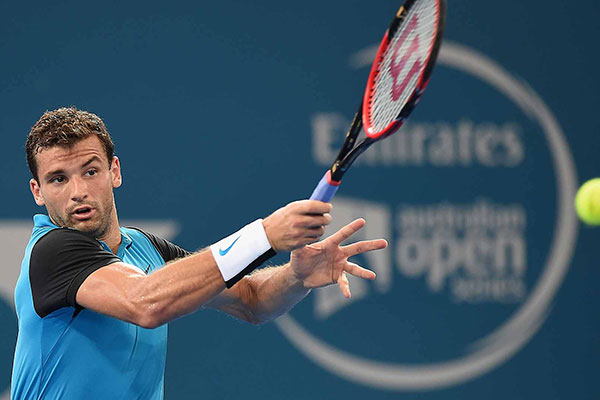 Grigor Dimitrov started the new year with 2 wins. In the first round of Brisbane International in Australia Grigor Dimitrov beat 5th seeded Gilles Simon of France 6-3 7-6(10) within two hours and six minutes. After four losses to Simon, the Bulgarian notched his first victory. Grigor Dimitrov fired 8 aces and saved 6 of the 7 break-points. In the second set tie-break Simon saved five match points and 10-10 he made a double fault then Dimitrov took the next point and the set and the match.

In the second round Grigor Dimitrov will play the winner of the match Viktor Troicki or Steve Johnson.

With partner Kei Nishikori of Japan Grigor Dimitrov scored first round victory in the doubles tournament. Dimitrov-Nishikori defeated Lukas Dlouhy of the Czech Republic and Dominic Thiem of Austria. In the second round the Bulgarian-Japanese pair will face top seeded Frenchmen Pierre-Hugues Herbert and Nicolas Mahut.