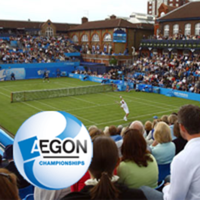 Today Grigor Dimitrov will start in the first round of the ATP 250 tournament at Queen's Club in London against rank No 30 Thomaz Bellucci of Brazil. The match is second in a row at court 1, the first match will start at 12:30pm local time. This will be the second match of Dimitrov-Bellucci. The Brazilian defeated Dimitrov at the qualifications of US Open in 2009 6-4 6-3. For Dimitrov this is the 3rd participation at the tournament and he succeeded to reach the second round in 2009 and 2010.