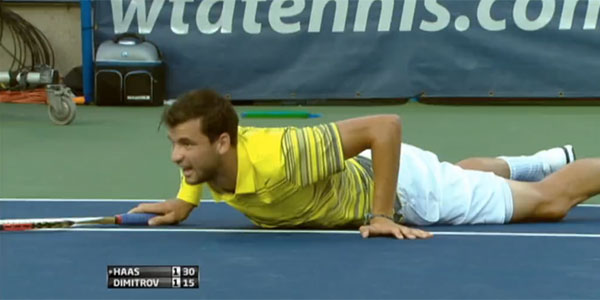 Ex No 2 Tommy Haas of Germany defeated Grigor Dimitrov 7-6(5) 7-6(3) in the quarter-finals of Citi Open in Washington, D.C., USA. Any of the players could not break the service game of the opponent in any of the games and tie-breaks determined the winner.

Grigor will move 1 position upwards in the ranking and will be No 31 on Monday.

Next week Grigor Dimitrov will play at Rogers Cup in Montreal, Canada. In the first round he will face the winner of the this week's ATP tournament in Kitzbühel, Austria, Marcel Granollers of Spain. In the only match played before Granollers defeated Dimitrov at Challenger tournament in Spain back in 2009.