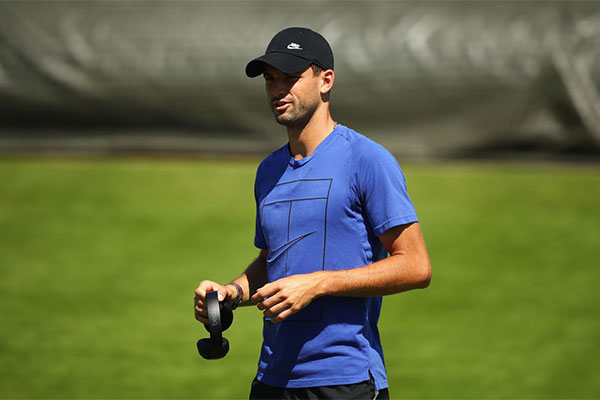 Grigor Dimitrov is a much-loved sports star and as the most famous Bulgarian tennis player to have ever emerged from the country, this famous sports star really is a great addition to the sporting world. Having made pro at just 16, Dimitrov is one of the youngest tennis players in the Top 20, but that doesn’t mean he’s not had an eventful life. As you can see from the Ladbrokes Wimbledon Player vs Player Guide, he’s had plenty of records in his time. Here, we’re taking a look at some of the most interesting facts about this sports star, from his love life, to his family to his career itself!


Love Life
As one of the most successful Bulgarian tennis players to date, Grigor Dimitrov is apparently as much of a successful ladies’ man as he is a tennis player. He’s been linked to a huge number of different players, including Serena Williams after they met through their mutual coach Patrick Mouratoglou. However, after they split, reports suggested that he was dating Maria Sharapova for 2 years, from 2012 to early 2015, which helped to fuel the rivalry between her and fellow tennis player Serena Williams. Since 2016, it was reported that Grigor Dimitrov was dating Nicole Scherzinger.


Records
Grigor Dimitrov is the first, and currently the only, Bulgarian male tennis player that has been able to win an ATP title in singles tennis. On top of this, Dimitrov is the first to reach final in doubles as well, which he managed to do in 2011. But Dimitrov didn’t stop there. In addition to this, Dimitrov is the only Bulgarian male player to have ever reached the third round or better at a Grand Slam tournament. It wasn’t just his professional career that he was hitting records in either, having held the world no. 1 ranking as a junior, winning the Boys’ Singles 2008 Wimbledon Championships and even the 2008 US Open!


He’s Great On All Surfaces
Dimitrov is able to play on all surfaces, as demonstrated when he won three ATP titles in arrow in 2014, on Hard, Clay and Gras in Mexico, Romania and London. In 2014 he was able to demonstrate his excellent ability and this is what makes him one of the best and most exciting competitors in the sport.


He’s Never Won A Grandslam
While his record is fantastic, one thing about Grigor Dimitrov is the fact that he has never won a Grandslam! He got close when he made it to the third round of the French Open in 2013, the quarterfinals of the 2014 Australian Open and even the semifinals of the 2014 Wimbledon Championship.


Sports Runs In His Blood
Interestingly, there’s no surprise that he became a very successful sports star. In fact, Dimitar, his farther, is a tennis coach and his mother is former professional volleyball player, who is now a sports teacher. With sports running in his blood, and his nickname being ‘Baby Fed’ due to his stylish play that echoes the famous Roger Federer, it’s easy to see how Grigor Dimitrov became as successful as he is today.