Tough Second Round Win for Grigor Dimitrov in Madrid 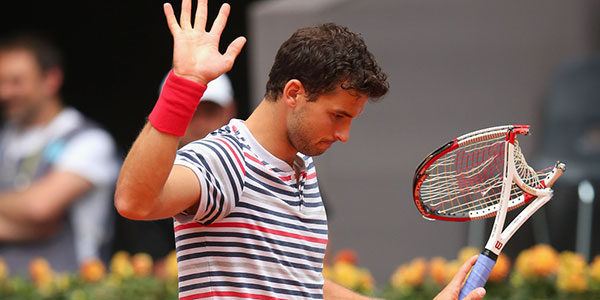 Grigor Dimitrov defeated the Romanian wild card Marius Copil in a very tough battle 4-6 6-3 7-6(7). 12th seed Dimitrov needed 2 hours and 10 minutes to beat the No 164 Romanian player. The match was decided in a tie break in the third set which Dimitrov won after three match points.

Dimitrov defended the 90 ranking points from last year for reaching the third round of the tournament.

On Thursday in the third round Grigor Dimitrov will play Tomas Berdych of the Czech Republic. Dimitrov beat Berdych twice before - in 2009 in Rotterdam and in 2012 in Miami.

#1: It wasn't your day today Grigor against Berdych,I thought you played well but he was stronger today.Better luck next time keep fighting.x