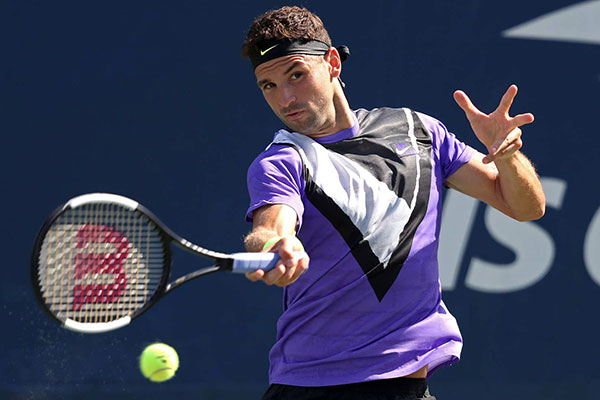 Grigor Dimitrov defeated the Australia Alex de Minaur 7-5 6-3 6-4 in the fourth round and advanced for the first time to the quarterfinals of US Open.

"There’s not much to say other than that I’m pleased to be back on a court, pain-free and feeling really good,” Dimitrov said in his on-court interview. “I’ve put a lot of miles in my legs [and] a lot of practice.”

In the quarterfinals Grigor Dimitrov will meet the third seed and five-time champion Roger Federer. In all the previous 7 matches Federer beat Dimitrov.