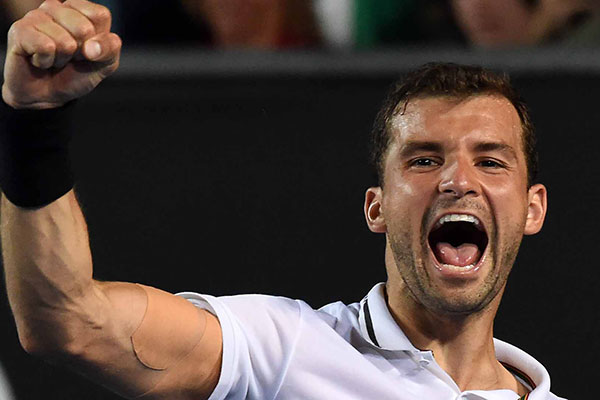 Looking to get hooked to the best sport events of this year? The year of 2019 has a lot of surprises in store for the Tennis fans. Players like Grigor Dimitrov and Gabrine Muguruza are ready for their comebacks after a not-so-great 2018.

Grigor Dimitrov had one of his best seasons in 2017 where he won the ATP finals that year and had a career-high rank of No. 3. But, 2018 soon saw him drop out of his ranks and out from the world’s top 20. He had his worst grass court season of Dimitrov since 2010 in the Wimbledon.

For 2019, Dimitrov has teamed up with Andre Agassi. This move is expected to help him in the year and bring back the ATP title. So, what are the events he can play in? Let’s take a look at all the events scheduled to take place in 2019.

Barcelona Open (April 20-28, 2019)
The Barcelona Open is one of the most important clay tournaments. It features the top ATP players as they prepare for the upcoming French Open.

Mutua Madrid Open (May 3-12, 2019)
The second most important clay tournament of the season is played at La Caja Magica (The Magic Box).

Roland Garros, The French Open (May 26- June 9, 2019)
The French Open is one of the four Grand Slams and the only one played on clay. The world’s best tennis players compete in the beautiful city of Paris for the title.

Wimbledon Championships (July 1-14, 2019)
The oldest and the most prestigious tournament in the world is played on grass and is held in London, Great Britain.

Atlanta Open (July 20-28, 2019)
The Atlanta Open is the first event of the seven that leads to the US Open tournament.

Rogers Cup (August 2-11, 2019)
Montreal and Toronto host the best men’s and women’s tennis players in the world every year. This year, Toronto will host WTA tour while Montreal will host the ATP tour.

US Open (August 26- September 8, 2019)
The last of the four Grand Slams of the year starts on the last Monday of August and goes on until the Labour Day weekend.

Laver Cup (September 20-22, 2019)
This international tennis tournament features the players of Europe against the World. It will be hosted in Geneva this year.

Shanghai Rolex Masters (October 5-13, 2019)
Shanghai has been voted as the best ATP World Tour Masters 1000 tournament for 5 consecutive years and is very popular among the players.

Tennis Paris Masters (October 26- November 3, 2019)
The Paris Masters is considered the most prestigious indoor tournament in the world. It’s the last tournament before the ATP Finals and gives the players a chance to prove themselves.

WTA Finals (October 27- November 3, 2019)
The WTA final is the most prestigious tournament in the women’s tennis after the four Grand Slams. It’ll be held in Shenzhen, China this year.

ATP Finals (November 10-17, 2019)
This year, the ATP Finals would be held in London where the best players in the world would compete for the title.