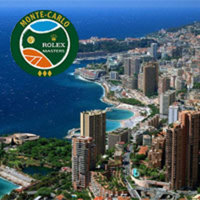 Grigor Dimitrov will start against No 50 Xavier Malisse of Belgium in the opening round of the ATP Masters in Monte Carlo, Monaco. This will be second meeting of the players as ex No 19 Xavier Malisse leads 1-0 after the win in Bucharest last year. The 32-years-old Belgian has 8 wins and 7 losses this year. His best achievements this year are the quarterfinals in San Jose and Oakland. Malisse won 3 ATP tournament title in his career - Delray Beach and Chennai in 2007 and Delray Beach in 2005.

If Grigor succeeds to advance to the second round he would play No 10 Janko Tipsarevic of Serbia.

The first round matches will be played from Sunday to Tuesday.