Time to Climb the Rankings Once Again 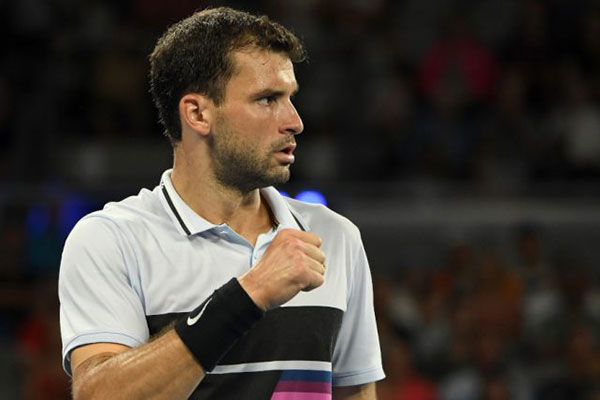 Just a short few months ago Grigor Dimitrov triumphed in the ATP Masters held at the O2 Arena in London and saw himself ranked number three in the world. Yet a wobble of form and a shoulder injury have seen Bulgaria’s best ever tennis player slip rapidly down the rankings to number 46, with those not so close to him questioning his ability to bounce back. The real question is, what do they know?

Dimitrov is reflective and honest enough to know that he’s not been at his best in 2019 but there is a plan to turn it around and people close to him believe that an upturn is not far away. A decision was reached to end his relationship with coach Dani Vallverdu and bring in the expertise of Radek Stepanek, who previously supported Novak Djokovic.

Another contact he's sought out for advice is Andre Agassi and it would seem a large part of the new ‘package' is to help him overcome some of the mental parts of the sport, citing the pairs ‘positive energy' as a key factor.

The upcoming Fever Tree Championships in London provide a decent opportunity for Dimitrov to get some confidence back in his game in a tournament he’s performed well at over the years. If you go back to 2012, Dimitrov progressed through his first three matches in straight sets before edging into the semi-final where a defeat to David Nalbandian ended his tournament.

The 2013 event was a less happy affair with brisk exits in both the singles and doubles but the next year saw a different Dimitrov as he won the competition having defeated Stan Wawrinka in the semis before dispatching of Spanish player Feliciano Lopez in the final.

2015 and 2016 were less than noteworthy but 2017 saw another charge to the latter stages but Lopez gained revenge for the 2014 tournament with a semi-final win. Last year’s meeting saw a second-round exit, but anyone can lose to Djokovic on his day so let’s not read too much into that.

If the past gives any guide then it’s not to write Dimitrov off just because the previous time out didn’t go to plan and a recharged battery and refreshed outlook from his change in support network means he'll arrive at Queens hoping to go deep into a tournament for the first time in 2019. Winning the Fever Tree Championship would be highly satisfying but it’s not the end game but rather the warm up for the big one – Wimbledon.

Wimbledon, which ranks alongside the FIFA World Cup and the NFL Superbowl as one of the most watched sporting events in the world, gets up and running on July 1st. Dimitrov will want to come into the competition with a spring in his step as back to back winning runs will quickly see him climb back to where he deserves to be in the rankings.

The last two Wimbledon tournaments have seen Swiss players knock Dimitrov out; last year it was a first-round loss to Wawrinka and the year before that was a defeat at the hands of Roger Federer, which is hardly a crime but disappointing, nonetheless.

The closest Dimitrov has come to winning the world renown grass tournament was in 2014 when a narrow semi-final defeat to Djokovic saw him miss out on a place in the showdown match. However, with a newly polished confidence and an already awesome arsenal, that is capable of taking down anyone on the right day, there is no reason why Dimitrov cannot have his name etched into the history books, come mid-July.

If it doesn’t happen at Wimbledon then don’t fear because it will happen, it’s just a case of when.