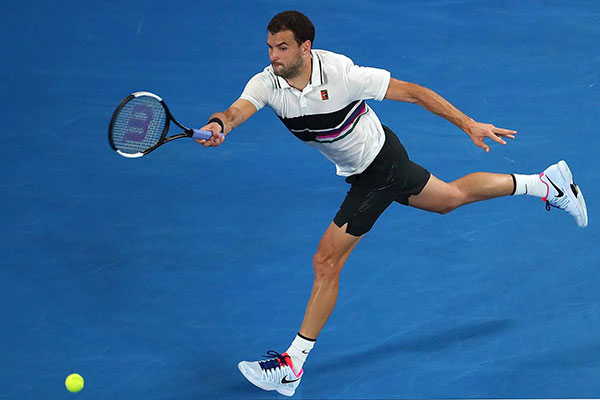 With his 2017 ATP World Tour Finals title propelling him to a career-best ranking of #3, Grigor Dimitrov appeared ready to battle for Grand Slam titles. It hasn’t quite gone to plan since, the Bulgarian struggling with a sharp decline in form throughout 2019. His fall through the rankings shows how quickly things can change in tennis, but that works both ways. 2020 could easily herald Dimitrov's return to his best.

At the time of writing, Dimitrov is preparing to play at the US Open while sitting 78th in the ATP rankings. His priority for the remainder of 2019 is to secure enough ranking points to ensure that he gains direct entry to the Australian Open. A couple of wins here and there should be enough to allow Dimitrov to focus on recharging his batteries from November, safe in the knowledge that he won't have to endure qualification for the Slam.


A happy history
Dimitrov can then play his way back into form in the tournaments prior to the Australian Open to generate momentum ahead of the Slam. Dimitrov has traditionally played well in Brisbane and lifted the title in 2017, which provided a springboard for a run to the Australian Open semi-final. Of his four Slam quarter-final appearances, three have been in Melbourne.


That record is why, as of 22nd August, Dimitrov is priced at odds of 66/1 with Betway to claim the Australian Open title. Ordinarily, a player with a 15-15 win-loss record in 2019 would be far longer, or not even priced up at all. That Dimitrov can be found at shorter prices than top 20 players John Isner and David Goffin, endorses the idea that the Australian Open often brings out the best in him.


Dimitrov’s record at the Australian Open since 2014 has been highly impressive:


Things could have been so different. If Dimitrov had seen off Kyle Edmund in 2018, only Marin Cilic would have stood in the way of his first Slam final. Dimitrov was just two points away from that stage in his 2017 epic against Nadal, but the Spaniard proved too strong. The last two years may feel like opportunities missed, but the four previous tournaments all ended in defeats to tennis elites. With Murray fighting injury and Federer now 38-years-old, there are fewer elite players for Dimitrov to negotiate if he is to break new ground.


A tough year
Tennis World reported that a losing mentality has proven difficult for Dimitrov to shake, but something as simple as starting a new year could be the answer. Dimitrov’s 15-15 win-loss record heading to the US Open is not exactly filled with defeats against rank outsiders. Other than a defeat to Kevin King, then ranked #403, Dimitrov has lost matches that were expected to be close. Similarly, his season stats on Tennis Explorer reveal that Dimitrov has only beaten one player in 2019 as an outsider. That came at the French Open, with Dimitrov’s three matches effectively providing a microcosm of his season (and his career).


Dimitrov needed five sets to progress past Janko Tipsarevic - who recently announced his retirement on Instagram, with the Serb initially fighting back from a 6-3 6-0 deficit. Dimitrov then took down Cilic in another five-setter, this time as an underdog. The Bulgarian appeared to be finding his form but lost three tiebreaks in a hard-fought match against Stan Wawrinka. Dimitrov and Wawrinka's curious head-to-head record demonstrates how luck can play a huge role in tennis. 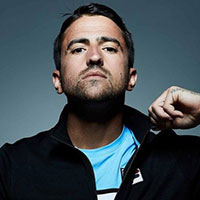 It has been a great 16 years. After a lot of soul searching and thinking what is important to me in this stage of my life and what does make me happy, I have decided to retire from professional tennis. I’m not gonna write a heart breaking speech(yet) where you will all cry